This Asian Three-Fold Mirror project brings together three talented directors from Japan and other Asian countries to co-create a series of short films with a common theme. The first of the omnibus film series highlights the theme of “living in Asia,” with three works that depict the lives of characters who journey between Japan and Cambodia, the Philippines and Malaysia. TIFF is pleased to announce the title of the first series, Asian Three-Fold Mirror 2016: Reflections, signifying new points of light reflected from the mirrors of history and culture.

The project framework requires the directors to include a character who is connected in some manner to another Asian country, and to shoot on location in an Asian country. The rest is left to each director’s unique style as they weave the project’s main theme into their work. Asian Three-Fold Mirror 2016: Reflections will have its world premiere at the 29th Tokyo International Film Festival, followed by presentations at other major film festivals around the world. 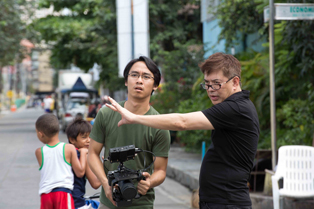 SHINIUMA Dead Horse, the episode directed by Brillante Ma. Mendoza (Philippines), depicts an illegal Filipino immigrant in Japan who returns to his homeland for the first time in decades after being deported.
Internationally acclaimed director Mendoza has been known for deft portrayals of ordinary Filipino men bravely and proudly overcoming extraordinary situations. This time around, he grapples with the issue of the loss of national identity and home, setting his story in Obihiro area of Hokkaido and Manila. Lou Veloso, one of the Philippines’ most heralded actors, known for his role in the Hollywood film The Bourne Legacy, plays the lead. 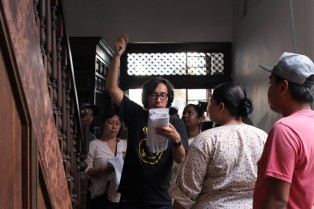 Pigeon, the episode directed by Isao Yukisada (Japan), is set in Malaysia, a land that was once invaded by the Japanese army but is now home to many Japanese retirees living out their remaining years. The story revolves around an elderly man who has parted from his family in Japan to live on an estate with a pigeon coop, and depicts discord with his son and his relationship with a young female Malaysian caretaker. His distant memories of the Pacific War at Plau Penang also come back to him. The film stars one of Japan’s most celebrated actors, Masahiko Tsugawa. Opposite him is Sharifah Amani, the muse of the late, great Malaysian director Yasmin Ahmad. Playing Tsugawa’s son is international favorite Masatoshi Nagase. 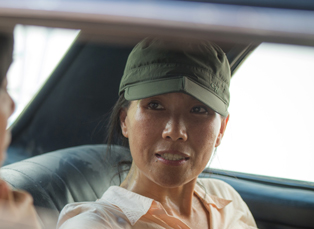 Sotho Kulikar’s (Cambodia) episode, Beyond The Bridge, is a love story that transcends time and borders. Her second film following her award-winning directorial debut, The Last Reel (14), it portrays a love story that begins in Cambodia against the backdrop of the nation’s civil war and the Cambodia-Japan Friendship Bridge located in Phnom Penh. The piece stars Masaya Kato, a prolific Japanese actor who is active internationally. Playing opposite Kato is Cambodian dancer-choreographer Chumvan Sodhachivy, who recently appeared in Amon Miyamoto’s theatrical production “The Terrace of the Leper King in Japan”.