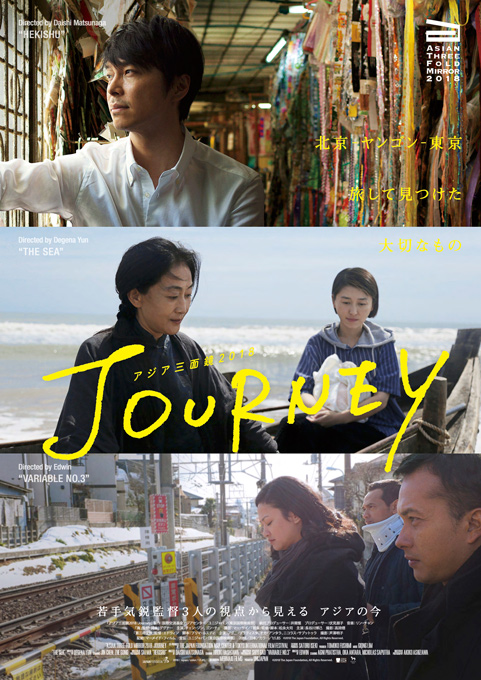 The Tokyo International Film Festival (TIFF) and the Japan Foundation Asia Center today unveiled the official poster and trailer for Asian Three-Fold Mirror 2018: Journey, the second of the omnibus film series co-produced by the two organizations.
The poster and trailer designs were created to evoke the title, signifying “Journey,” traveling beyond time and space.

We also announced today that Lim Giong, an internationally acclaimed composer, created scores of the film. He is known for his work on films directed by Hou Hsiao-hsien and Jia Zhangke.

Lim Giong
Lim Giong is a musician, singer, songwriter, DJ and composer. During a nearly three-decade career, he has worked with artists in a variety of fields and participated in many international collaborations. He is currently focusing mainly on the creation of scores for films and documentaries.